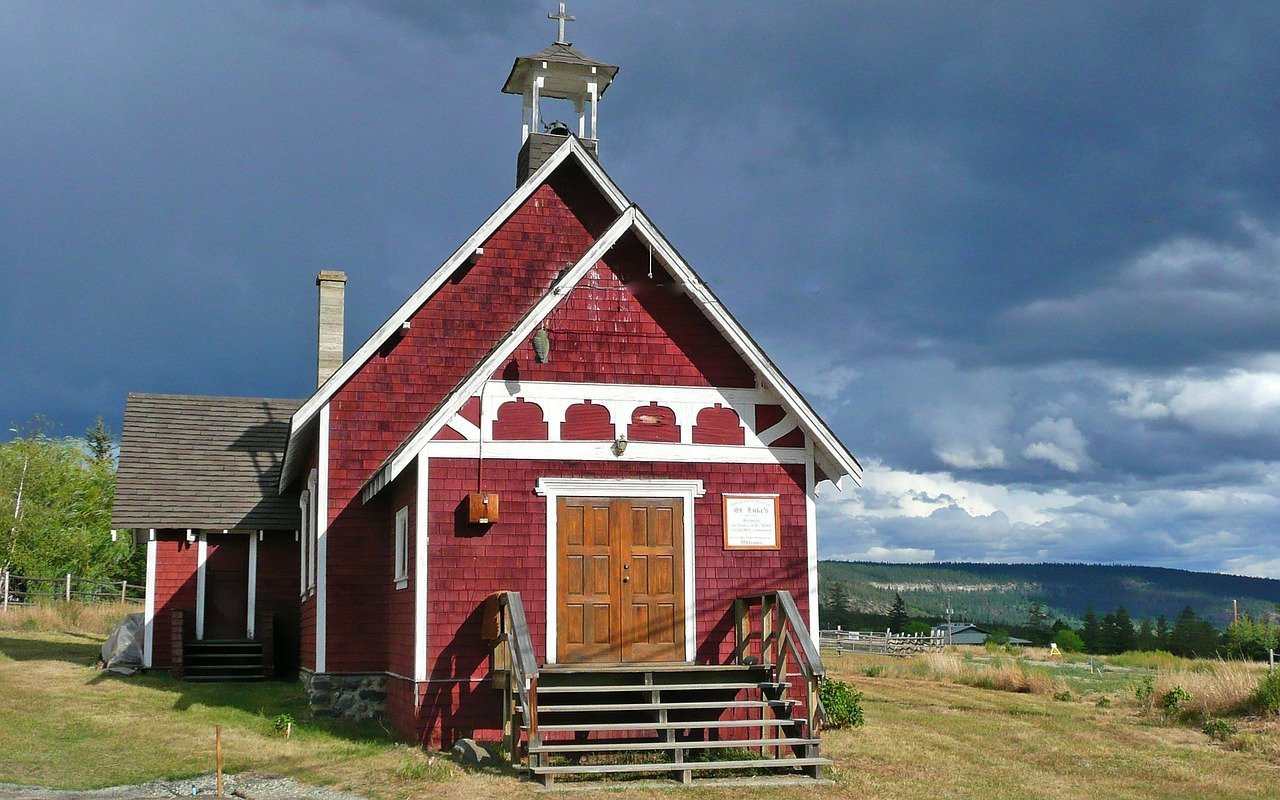 Properly defining the church in a biblically, historically and theologically correct manner is critically essential to having the ability to participate in and walk out God’s eternal purpose. From Israel’s inception with the calling of Abraham, God’s intention was always to fill his people with the fullness of his presence, to manifest himself through his chosen ones. The Old Testament depiction of this reality was demonstrated through God’s resident presence in the Tabernacle initially and then subsequently in the Temple. God’s precise presence was in the Holy of Holies, over the mercy seat of the Ark of the Covenant between the cherubim. This is why the children of Israel participated in a pilgrimage to Jerusalem three times each year celebrating the major feasts of Passover, Pentecost and Tabernacles. They were journeying to the very site of the manifest presence of almighty God. The Old Testament sanctuary of God was the type and shadow of the coming reality of God’s habitation with man.

With the advent of Christ and through his death and resurrection we now experience his indwelling as we realize ourselves his holy temple. It is clear through the New Testament epistles that God’s residency is in both an individual and corporate form. Not only did Christ die for you and me personally, but he also died for the church herself. Understanding that Christ literally gave his life for the church places an incredible burden of responsibility on every believer to thoroughly comprehend God’s meaning and purpose for it.

“For husbands, this means love your wives, just as Christ loved the church. He gave up his life for her to make her holy and clean, washed by the cleansing of God’s word. He did this to present her to himself as a glorious church without a spot or wrinkle or any other blemish. Instead, she will be holy and without fault” (Eph 5:25-7 NLT Italics mine).

The process by which we continually experience more and more of the fullness of Christ in our lives is referred to as the transformational life in Christ. It is that process of spiritual maturation whereby we are conformed to his image. This is the full stature life in Christ. This is precisely the ultimate meaning of Jesus’ life, death and resurrection. This is why it is such a tragedy when persons come to Christ for nothing more than to escape hell and gain heaven. Doing so bespeaks a hedonistic, self-serving concept of salvation and completely misses God’s ultimate intention through Christ. The new birth or regeneration is not the end of salvation but its beginning. It represents our crossing the threshold into newness of life and the beginning of our own pilgrimage unto the full stature life in Christ. This is the true meaning of the full gospel.

An interesting mental exercise relative to our subject would be to imagine a first century believer transported into the 21st century with a mission to ascertain the health and wellbeing of the “church.” What would he recognize in substance within the church today that related to the teaching and experience he owned? Would our time traveler discover a church that exemplified God’s original intent and purpose for its creation and existence? Would he joyfully experience a church that had come together into the oneness that reflected Jesus’ prayer of John 17? Would he find the church sowing seeds of the Kingdom of God while remaining untainted from the world’s corruption? Think with me as we accompany our transported believer on his arrival in a typical mid-western town.

We’ll call our time traveler Antonius for sake of clarity. Typically, a first century believer traveling to a new city would seek out the hospitality of other followers of Christ upon arriving at his destination. In our scenario the first surprise our transported subject would encounter would be in discovering the proliferation of church buildings of varying names populating the landscape. He would be mystified on two major accounts. The first mystery would be the very existence of church buildings since he would have only experienced the gathering of believers in the homes of the faithful. A public building specifically set aside for the weekly gathering of congregants would be a total anomaly to Antonius.

An exception to this rule would be the kind of public gathering generated by the visit of a known apostle, prophet or teacher. In such a case as this the church would probably convene in something akin to the town square or possibly an arena. It was common for apostles such as Paul to minister in the synagogue of a town but this ministry was principally to the Jews and Greeks they sought to convert (Acts 18:4). Another exception to the home meeting would be a public gathering of the church and its leaders to address doctrinal issues such as transpired in Jerusalem under James when they dealt with the gentile and circumcision questions.

The second mystery for Antonius regarding the existence of church buildings would be the palpable division within the church as conveyed through the obvious variation in persuasions and beliefs testified to by the multiplicity of churches with various names. In many towns throughout America, he would have been able to discover an intersection near mid-town that would sport a church of a different flavor on each of the four corners. Not only would he find division within Christendom as evidenced by the multiple denominations represented, but he would be further astounded to discover there were divisions within the respective denominations.

Antonius’ experience would reflect the reality of one town, one church. This is not to say that believers all met together at the same time and location at any given time. It is to say that first century followers in any given town all considered themselves part of the same church although they met in many different homes throughout the city. This is why we refer to the church of Corinth or the church of Thessalonica. Regardless of the size of the town, there only existed one church which met all over the city in the respective homes of the believers.

Antonius hasn’t yet come into contact with a fellowship of believers and already sees signs of serious problems with the church as he has come to know it. Since it is Saturday, he decides to acquaint himself with more of the local culture prior to actually hooking up with a local fellowship. This he accomplishes by walking around downtown, availing himself of the media, visiting the library and talking with the locals. To his amazement, he makes an astonishing discovery. Antonius finds that the majority of persons with whom he talks readily acknowledged the God of creation but yet failed to correlate it with how they lived out their day to day lives. He further discovers a society every bit as culturally and morally decadent as the Roman Empire of his era. He is discouraged by this observation as it reflects the abysmal failure of the church to be the salt and light it was meant to be.

Antonius’ next observations will come from actually attending a typical denominational church on Sunday morning. What would he find in this experience that tended to reinforce his perceptions of biblical Christianity and what would he discover to be anomalous to his church experience? Answering these and other germane questions would be far more meaningful if we could approach the answers with the mindset that we were the time travelers entering a 21st century church. However, this is made difficult from the standpoint that few believers today appear to be very acquainted with not only the biblical depictions of the church but also the historical realities. Add to this the propensity we have for tending to believe that the church has been improved on down through the ages.

The truth is the church has probably been in varying degrees of spiritual and functional deterioration since the third century. Bear in mind that the early church basically conquered the Roman Empire by the fourth century. It was able to accomplish this remarkable feat sans all of the modern marvels of communication, transportation, schools, training and facilities the church enjoys today. They had no mass communications, no printed materials, very little exposure to the Word except through the synagogues. They lacked our advantage of widespread education and training and had virtually no resources for academic materials. Despite these incredible disadvantages and often in the face of persecution the gospel spread throughout the known world. By the fourth century, Emperor Constantine declared the empire Christian.

All of this is to demonstrate the awesome sway the early church had throughout its culture and society all through the efforts of uneducated, illiterate common persons of faith that were simply walking out the teachings of the Bible in obedience to Christ. How could this be possible? This kind of propagation of the gospel and growth of the church appears to defy all that we seem to have been taught regarding how the church prospers. Could we possibly identify an enabling or empowering factor that allowed the early church to be the salt and light that Jesus called it to be? What was fundamentally different in the early church that may be missing today?

I believe the difference was the manifested life, power and ministry of the Holy Spirit. The principal focus of the early church was living the transformational life in Christ, being conformed to his image, growing up into the full stature life in him. When the early church gathered, they manifested the dwelling together in unity spoken of in Psalm 133 and were the recipients of God’s life as stated in the promise. When they lived such selfless lives joyfully concerning themselves with the Kingdom of God rather than the things of this world, people were attracted to Christ in them.

The evidences of these differences from the early church with what we have today is what Antonius will confront when he actually attends a church service as we continue our study in Part III.