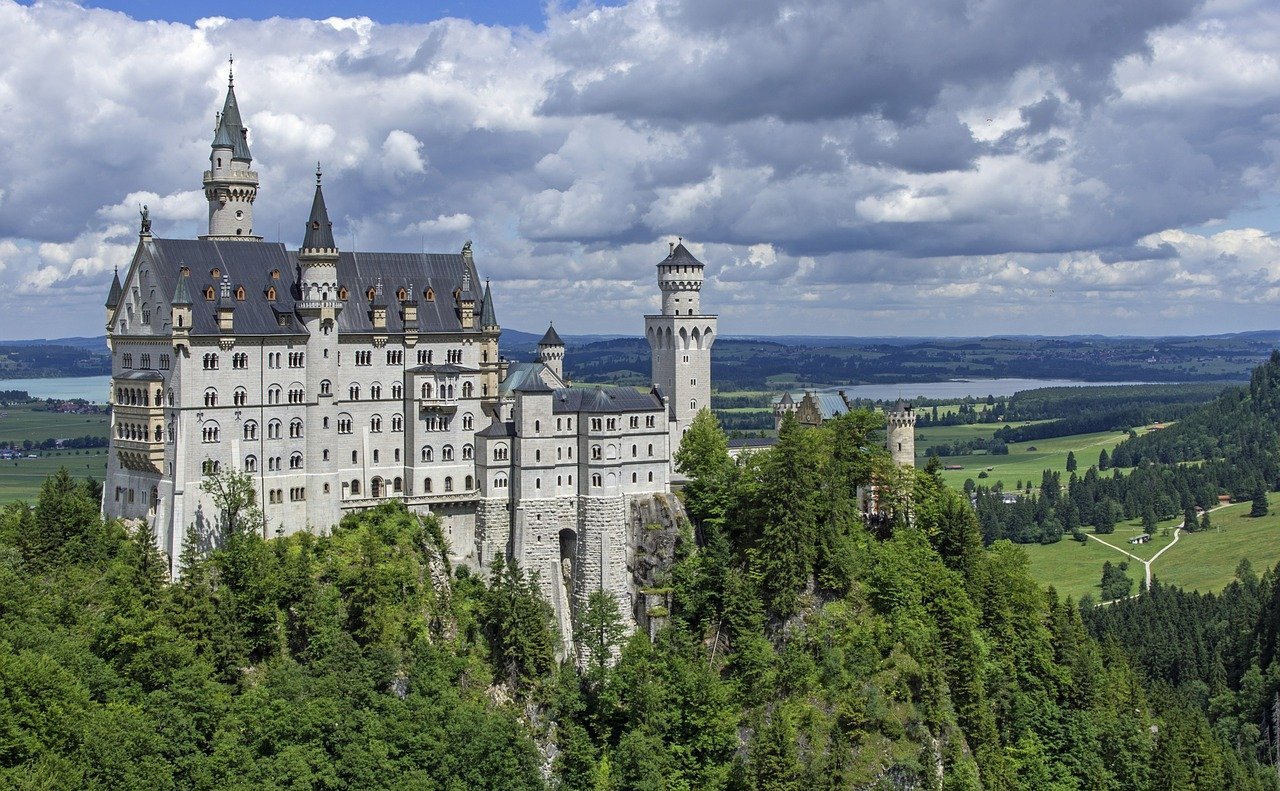 Chapter 11 of Daniel reveals how the demonic realm operates in conjunction with the souls of men. It is information that will serve us well not only in SRA ministry, but also as we face the escalating end time events being thrust upon all of us at this time. We need to understand how this unseen realm operates so we will know how to apply the Word of God—our Sword–to protect ourselves and others. We need to know how to effectively wage spiritual warfare. This is ultimately how we will triumph over all the forces of evil coming against us economically, politically and in all genres of life because behind everything are unseen spiritual powers about which few people have any knowledge.

My first article on Daniel 11 explained how Daniel 10 sets the stage, so to speak, for the revelations in Daniel 11. There in the first verse of Daniel 11 we saw that God comforts abused babies and children by helping them make a safe place in their spirit where they can go for comfort and support when abuse is unbearable. When we minister to abused persons we need to know that this safe place exists in their spirit. If they can’t find it, Jesus will help them find it or help them make a new one. Some alters will be merged with the person after ministry but many of the alters we meet, apart from the core alters and daily presenting alters, need to go to this safe place after they have their memories and are cleansed of demons. Others will be merged with the person. In this way these parts will remain safe and will not need to continually receive ministry. (They will be merged into the person when Jesus deems they are ready.) This enables us to continue meeting and helping the many other alters who are waiting for ministry because when the alters who talked are now safe from demonic torture and harassment, it encourages other alters to begin talking. If those who talked are not in a safe place, they may face retaliation from enraged demons or cult-loyal alters and then many of the others in the system may not want to speak.

This second verse in Daniel will reveal how the enemy counters with dissociation:

Dan 11:2 And now will I show thee the truth. Behold, there shall stand up yet three kings in Persia; and the fourth shall be far richer than they all: and by his strength through his riches he shall stir up all against the realm of Grecia.

As we examine this verse, we already know from verse one that kings are demons, so let’s look at this verse with that word in place. I am going to use italics for the verses I am working on to differentiate them from the actual scripture as written. (Please keep in mind this is an inward interpretation revealing the soul and spirit, not outward in the physical world.)

And now will I show thee the truth. Behold, there shall stand up yet three demons in Persia; and the fourth shall be far richer than they all: and by his strength through his riches he shall stir up all against the realm of Grecia.

As we interpret numbers we do not use their numerical value but rather their spiritual meaning. Therefore, there are not literally three demons here. Three means “substantial, complete” and therefore “strong.” This tells us these are strong demons. This is how our verse looks now.

And now will I show thee the truth. Behold, there shall stand up yet strong demons in Persia; and the fourth shall be far richer than they all: and by his strength through his riches he shall stir up all against the realm of Grecia.

The next important word is “Persia.” This will reveal the nature of these strong demons. Persia means “that which cuts or divides.” When we are speaking inwardly of the human soul and we know this passage is about abuse, then it follows that Persia (cutting or dividing) has to be about dissociation. This reveals the nature of these demons. They are demons of dissociation. I will speak more about this after the verse is fully interpreted.

Here is our verse now:

And now will I show thee the truth. Behold, there shall stand up yet strong demons of dissociation; and the fourth shall be far richer than they all: and by his strength through his riches he shall stir up all against the realm of Grecia.

The next important word is “fourth.” Once again this has nothing to do with “how many” but rather its spiritual meaning. Four is the number of man in relationship to creation. (Six is the number of man at enmity with God.) In other words, this is a man alive on the earth…a human being. It could be a man or a woman, but for simplicity’s sake I’m going to call him a man. He is in the physical realm and will be the one who is abusing the child we identified in the first verse of Daniel 11.

The riches spoken of here are not earthly riches of silver and gold. These are riches that this man has by virtue of the fact that he is a human being. A human is far richer than a demon because Jesus Christ died for him and he has the potential to have a relationship with God and live eternally with him in Paradise. This man may be evil, but he still has this potential. Also a demon doesn’t have a physical body so he is very limited in what he can do on the earth. He has to work in humans and convince them to do the evil he cannot do himself. He can only influence them or sometimes take over their body for a period of time. Also he is doomed to spend eternity in the lake of fire. So the riches this man has are in that he is a human being with a soul and a physical body. Here is our verse now:

And now will I show thee the truth. Behold, there shall stand up yet strong demons of dissociation; but a man shall be far richer than the demons in that he has a soul and a physical body: and by his strength through his riches he shall stir up all against the realm of Grecia.

“Strength” is the next word to interpret. The Chaldea word used here has a basic meaning of “vehemence (in a bad sense).” Webster says this means “anger” and “violence.” Adding this to our verse shows that this man can use his body (riches) to do violent and angry acts. Here is how our verse looks now:

And now will I show thee the truth. Behold, there shall stand up yet strong demons of dissociation; but a man shall be far richer than the demons because he has a physical body: and by his violent, angry acts done with his physical body he shall stir up all against the realm of Grecia.

It says that he “stirs up all.” Who is “all” referring to? I believe it refers to the infant or child established in verse one who is the brunt of this man’s violent, angry acts that have resulted in its soul being broken into pieces (all). When little children are exposed to the violent, angry acts of an adult or adults around them, the result is that they dissociate in order to cope with their pain and fear.

The act of “stirring up” has to do with opening one’s eyes to one’s nakedness, as revealed in the definition of the Chaldea word used here. (Check Strong’s H5782 for more of the definition.) Nakedness involves feelings of shame. Adam and Eve were naked and without shame until they sinned. After they sinned, they experienced shame. Their eyes were opened, and they saw that they were naked and hid themselves.

The concept of shame is also seen in the roots of the Chaldea word translated “Grecia.” These root words mean “he shall be made little” and “of no account, be not worthy.” Is this not what shame is all about? The type here is amazing. The word “against” is not in the original language so must have been added by the translators for ease of reading. A realm is a dominion.

And now will I show thee the truth. Behold, there shall stand up yet strong demons of dissociation; but a man shall be far richer than the demons because he has a soul and a physical body: and by his violent, angry acts done with his physical body towards another person, he shall awaken this person (and the alternate personalities created in response to the violence and anger) to the dominion of shame.

Here we have the beginning of satanic ritual abuse. We know from the first verse that this is happening in someone very young, possibly an infant or toddler. This is most often the way it begins…in the home where there is an abusive parent or relative who has access to the baby…often unlimited access. There is no safe place for the infant. It is helpless to defend itself. All it can do is dissociate. These two verses do not yet identify this abuse as satanic ritual abuse, but the ensuing verses will prove that this is where it is headed.

One thing this verse reveals (as it pulls back the veil for us to glimpse the spiritual realm) is that dissociation is done in association with demons. Jesus permits this to take place, but he himself, who always desires wholeness for his people and works towards that end, is not the one who splits the victim. Jesus will be with the victim, helping and sustaining him/her, but he doesn’t split them. He has helped them form a safe place inside (as verse one described) and he will help a wounded part be there in some way. Sometimes Jesus comes and holds a little abused baby after the abuse. During ministry, I have heard memories of Jesus doing this. This happens in a spiritual realm that people who are not abused do not experience.

This also reveals that where there is dissociation, there are demons. This information helps inform us as we minister to dissociated people. Demons are always present and we must be cognizant of the fact that we are not only working with dissociated parts but also the influence of demons. Much damage can occur if we try to cast out a dissociated part. On the other hand, we can waste a lot of time and get deceived trying to get a demon to repent or have a relationship with Jesus! We must always be internally asking the Lord for guidance. If you are not sure whether you are dealing with a dissociated part or a demon, ask Jesus. He will make it clear to you.

Perpetrators want their victims to dissociate. The more their victim dissociates, the more demons will be in the victim and thus their powers will be greater since demons are powers. The victim usually doesn’t know he/she has power, but the perpetrator knows and accesses those powers for his own use via sexual abuse. Demons of satanic power are transferred from one person to another via illicit sexual activity.