The Young and Bipolar 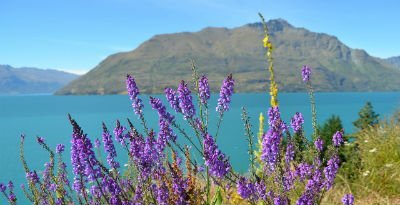 The cover story for Time Magazine, August 19, 2002 is entitled, “The Young and Bipolar.” Beneath the picture of a nine year old child who suffers with this disorder is the question, “Why are so many kids being diagnosed with the disorder once known as manic depression?”

The article inside explains that this disorder is showing up in children at an alarming rate and mental health experts have no explanation for why this is happening. The average age for the onset of the illness used to be the early 30s but has fallen in a single generation to the late teens. Experts estimate that an additional one million preteens and children may be suffering from the early stages of bipolar disorder. No one knows why all these children and teens are sick. Some scientists wonder if there is something in our environment or modern lifestyles that is affecting them. Others believe something is wrong with their genes.

There is a listing of forty symptoms of bipolar behavior including the following: has seen or heard hallucinations; is fascinated with blood and gore; has made clear threats of suicide; curses viciously in anger; has protracted, explosive temper tantrums or rages; lies to avoid consequences of actions; blames others for his or her mistakes; has destroyed property intentionally; exhibits inappropriate sexual behavior; is willful and refuses to be subordinated; has night terrors or frequently wakes in the middle of the night; sleeps fitfully or has difficulty getting to sleep; exhibits excessive anxiety or worry.

I am sure by now many of my readers know where I am going with this. We can approach life from the standpoint that there is no God, everything has a scientific explanation and the Bible is an ancient book with interesting stories that are probably mostly myths. If this is our concept of reality, we can read this Time article and become alarmed over this enigmatic epidemic that is destroying the lives of our youth.

Conversely, we can believe in the God of the Bible-a loving heavenly Father who knows us and loves us perfectly and has given us the Bible as a roadmap for life. With this approach to life, we can see into our society with spiritual eyes and look beneath the surface and see the societal consequences for having rejected God and ignored His loving principles for successful living.

Because I have ministered to satanically ritually abused people for many years, I have seen the manifestation of countless demons. As these demons manifested, I witnessed distinct changes in the behavior of the people to whom I was ministering. I have become very familiar with the way demons make people act and I see no difference between their behaviors and the behaviors listed for a disease known as “bipolar.” I’m not saying there is no such thing as bipolar disease or that something could not be physiologically wrong with a person’s brain causing them to exhibit these behaviors. However, I think we need to be open to the possibility that young minds filled with scenes from satanic television shows and movies and stories of sorcerers and witches, might, just might, be troubled by demonic oppression.

One illustration comes to mind. I ministered to a satanically ritually abused woman who was unable to drive. I would pick her up and take her to church. For a period of several months while she was experiencing her most severe memories, she would try to open the door and jump out while I was driving. We have automatic door locks on our car, and I would drive with my left hand depressing the lock so she couldn’t get out. Demons would be speaking out of her and I would bind them until we got to church where I would cast them out before the service. There were times when I had her in my office for ministry during the church service and she would threaten to tear off her clothes and run through the church stark naked in order to disrupt the service. This was, of course, a demon that I cast out and then she was perfectly normal and able to return to hear the rest of my husband’s sermon.

With this in mind, read these first two sentences from the aforementioned Time article. (I have chosen to change the names of the persons named in the article.)

As I read this I thought, “This sounds familiar to me. I’ve been through this scene several times.” At the hospital this girl was strapped to a gurney, administered sedatives and admitted to the hospital for two weeks. She was released with “a therapy plan and a cocktail of drugs.”

If someone were to suggest that this girl might be exhibiting behavior caused by a demonic manifestation, they would probably be ridiculed and laughed out of the hospital. I can’t help but wonder how many of these kids diagnosed with bipolar disorder are actually satanically ritually abused. I would surmise that many of them are. After twenty-three years of satanic ritual abuse ministry and fifteen years of receiving email through my website, I have come to believe this kind of abuse is actually quite common and goes on all over the world. In addition to this is the prevalence of demonic themes, including magic, in all genre of entertainment offered to our children…cartoons, movies, Walt Disney, video games, other games (Pokemon), books such as Harry Potter, etc. Any amount of dabbling in witchcraft can open children up to depression and many other forms of demonic influences. We need to be aware of this so we can pray for the children around us who may be exhibiting some of these behaviors and be looking for ways we might be able to help them. Let’s not just leave it all up to the professionals. The least we can do is pray.