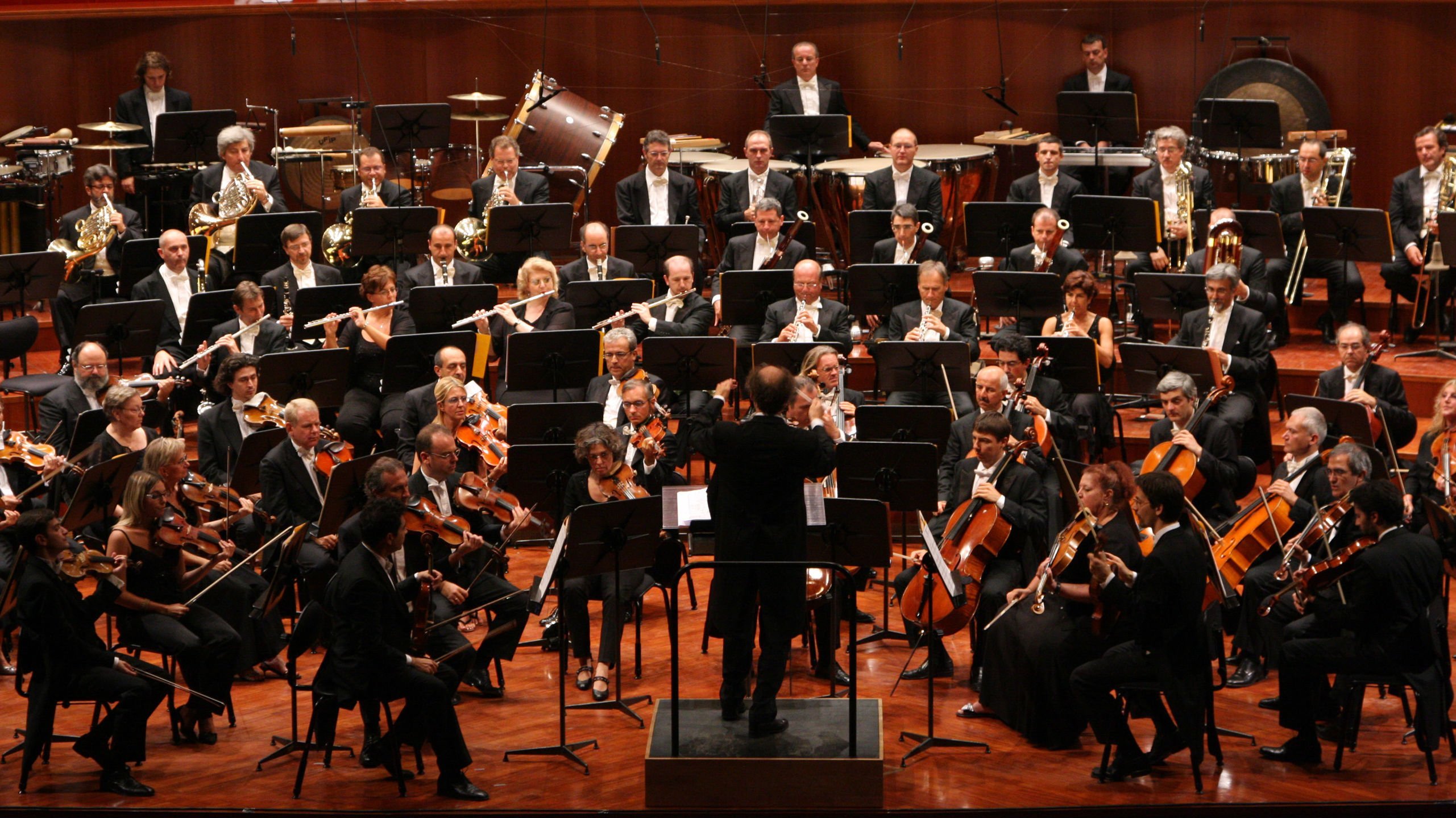 There is an interesting phenomenon in the church today. If one were to take an extensive poll among Christians across denominational lines and even among both Protestants and Roman Catholics, there would be a preponderance of agreement that we are living in eschatological times—that we are indeed accelerating into the last days anticipating the second coming of Christ. For most believers this is more of an intuitive rather than an empirical knowing although there also appears to be a flourishing of what the Bible would call the “signs of the times.” Curiously, even though so many Christians believe we are living in the last days, the majority of confessing believers are not living their lives in congruence with that belief. In this regard, congruent belief would constitute putting one’s house in order spiritually in a manner consistent with the expectation of Jesus soon return.

In reality the church is rife with cognitive dissonance—a psychological condition wherein a person firmly holds simultaneously to incongruous beliefs and attitudes. I am saying this out of over forty years of pastoral ministry wherein I have witnessed myriad believers proffer mental and verbal assent to all the appropriate scriptural passages, doctrines and beliefs while living their lives in spiritual indifference. So many confessing Christians today are living their lives as if salvation and eternal life were equated to having one’s spiritual ticket punched thus guaranteeing their place in heaven. This is a tragically flawed soteriology that is going to leave multitudes on the outside weeping and gnashing their teeth when they ultimately discover they have bought into a false gospel.

Part of this flawed doctrine of salvation and cognitive dissonance is the misguided belief that one can summarily ignore many of the teachings of Scripture and still be considered in good standing as a believer. For example, how many confessing believers have you met who continually hold grudges, resentments, judgments and outright bitterness while believing they can do this with impunity? The Bible’s teachings regarding these attitudes couldn’t be more clarion. There is zero tolerance for unforgiveness in a believer’s life period. We will never be able to justify before God holding persons in unforgiveness. Jesus’ teaching in the disciples’ prayer—“And forgive us our debts, as we forgive our debtors”—plainly makes receiving God’s forgiveness conditional on our willingness to forgive others. Additionally, Jesus follows the prayer paradigm immediately with commentary specifically regarding the command to forgive—“For if you forgive others for their transgressions, your heavenly Father will also forgive you. But if you do not forgive others, then your Father will not forgive your transgressions.” Who would knowingly want to risk not having God’s forgiveness yet multitudes of believers are guilty of the sin of unforgiveness.

All of this brings us to the focus of this particular article which I call “The Church’s Last Frontier.” Thinking once again about the eschatological times in which we live, anticipating the soon return of Christ and the establishing of his kingdom on earth as it is in heaven, my thoughts are directed to the Ephesian passage in which Paul explains that Christ gave himself for the church that he might present it to himself as “a glorious church, not having spot or wrinkle or any such thing, but that she should be holy and without blemish.” Jesus’ sacrificial death at Calvary wasn’t just for our individual redemption but also for the sake of the church itself. Knowing this places a tremendous burden on each of us to understand exactly what Jesus meant by “not having spot or wrinkle or any such thing…holy and without blemish” and to make concerted effort to ensure we are measuring up to all Jesus died for us to be as the church.

I believe the last frontier of the church in this regard is coming into the kind of unity within the body of Christ that the Bible teaches and for which Jesus prayed. The “unity” which Scripture portrays goes far beyond the casual, shallow fellowship experienced in most churches today. The kind of unity the Bible espouses is a far deeper and inner reality than the outward disguises of conformity or uniformity. The unity the Bible speaks of isn’t something we choose to do but rather something we become as a result of the inner workings of the cross in our lives. It is the resultant reality of living out the loving of others as we love ourselves. It is exactly the subject of Jesus’ prayer recorded in John 17—“I pray for them…that they may be one, as we are.” As Jesus neared the end of his earthly ministry and faced the horrific ordeal of his pending death, the most significant record of his prayer content reveals the essence of his heart—the desire that all believers would come into the same kind of unity or oneness that he experienced with his father.

Why would I consider the reality of unity in the body to be the last frontier for the church? Could the lack of unity in the church truly be a significant “spot or wrinkle or blemish” the eradication of which precedes Christ’s return? To begin with, biblical unity will only become a reality by the working of God in the lives of believers who have submitted themselves to his workmanship in Christ Jesus. It will only manifest among bon-a-fide believers—those persons confessing Christ who concomitantly surrendered their lives to the inner workings of the Holy Spirit while embracing the principle of the cross in their daily lives. Only those believers whose humility is identified in their corrigible and repentant behavior can be nurtured into the community of unity.

Only by apprehending the biblical meaning and intent of unity can we fully appreciate the importance and imperativeness of this aspect of the church’s communal life. There are many and varied forms of what constitute unity in our lives today. What is it that would set Jesus’ concept of unity apart from what typically passes as oneness? Traditionally unity is found when persons embrace common ideas, beliefs, goals, purposes or activities. Persons sharing a common philosophy are naturally drawn together in a harmonious manner. Through their commonly embraced collection of thoughts they develop mutual acceptance, respect and even admiration for one another. Sports teams most often demonstrate similar behavior through their shared activities and mutual goals. All clubs and social organizations exist to practice and perpetuate particular purposes and attract persons embracing their unique philosophies and aims.

The practice of conformity or uniformity often represents some level of unity. However, this type of unity is usually of an imposed nature—such as the military or unscripted school dress and behavioral codes—and does not necessarily represent the convictions of those involved. Much of what passes for conformity is more of a “go along to get along” mentality. The depth and stability of unity that arises from some type of conformity or uniformity is shallow and weak compared to the reality of true biblical oneness.

That the church is failing miserably in regard to biblical unity is without challenge. From the very beginning when God first called Abraham and began to build his community of the faithful, his intent was that the world would see his presence manifested in his people and be attracted to him. Today the church is so infiltrated by the world it is hard to find a line of demarcation between them. Rather than influencing and molding its culture toward kingdom realities, the church is basically despised, mocked and held in contempt by the world. The concept of the world recognizing God’s soteriological purpose through the unity of the church was a major part of Jesus’ priestly prayer:

I believe one of the principal reasons the church is failing in this regard is that it has embraced the symbiotic concept of unity practiced by the world. Within the typical church, divisional groupings tend to set up in the same manner as seen in the world. People tend to group together and form relationships on the basis of like interests and cultural background. This kind of unity militates completely against the ministering and edifying relationships God ordained for the body of Christ. Symbiotic relationships tend to interdict true biblical unity often setting persons against one another within the body itself.

Biblical unity differs entirely from that which is practiced by the world. Rather than being based on common beliefs or practices, biblical unity is founded on one’s relationship with Christ. Without a relationship with Christ, there can be no oneness among individuals within the body. As one’s relationship with the Lord matures, there is a corresponding desire and ability to go relationally deeper with fellow believers. The unity that God desires in the body of Christ is completely predicated on believers’ absolute surrender to the mandates of Scripture and the heart of God.

Biblical unity is predicated on the willingness to enter into continually maturing relationships absent the typical critical scrutiny, expectations, need for common cultural denominators, prejudices, presuppositions and value assessments based on worldly standards. It Is the accepting, honoring, loving, respecting, esteeming and valuing of another purely on the basis of that person’s relationship with Christ. True believers all belong to the family of God sharing a spiritual sibling relationship derived from their heavenly Father. The world tells us to honor and esteem others based on their titles, positions, possessions and accomplishments. God tells us to value other believers as we would Him because they are the purchased ones of Christ.  (to be continued)